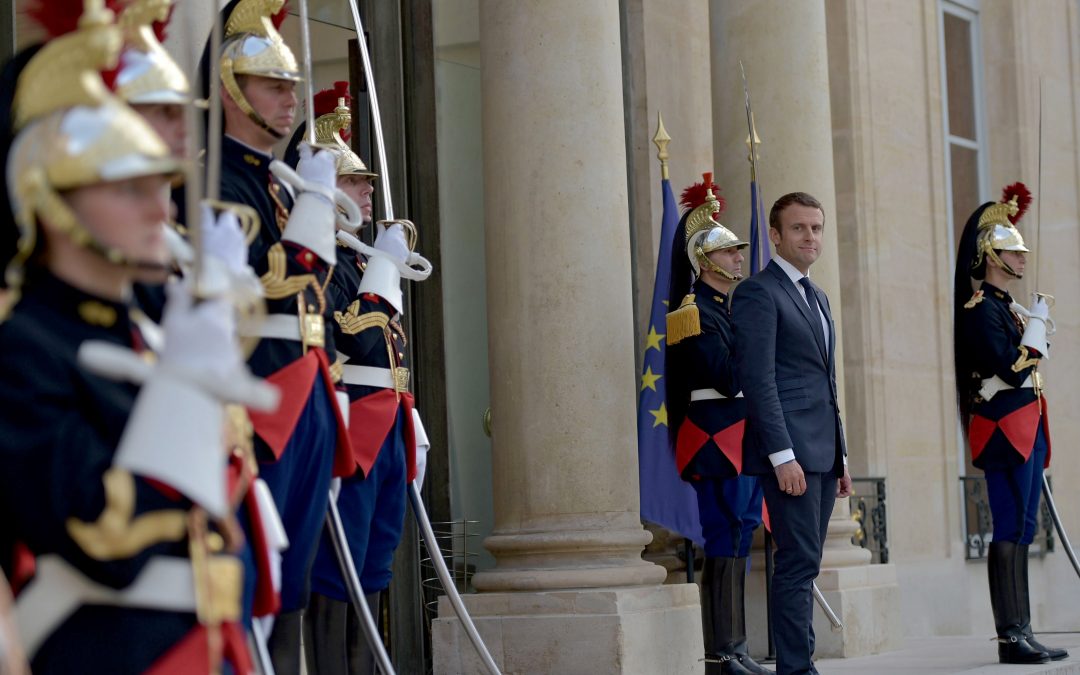 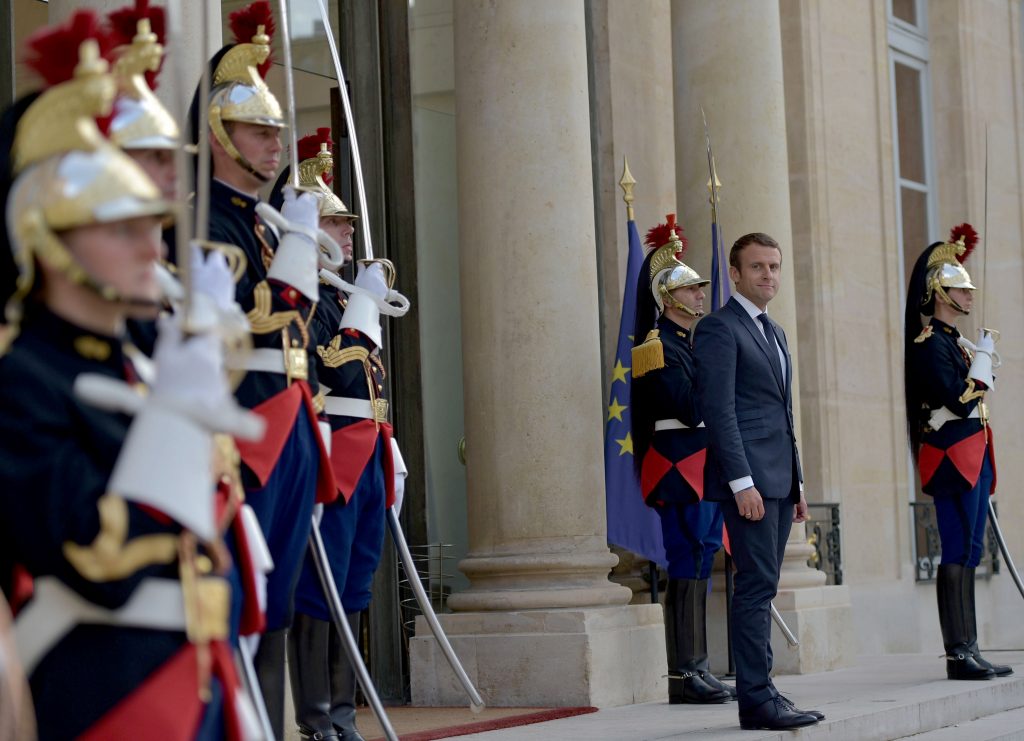 Power is the ability to realize your will, to affect the world in ways you desire, to achieve your goals. Power always has a source. Borrowed power is power that has been given to you and can be taken away by someone else. It usually takes the form of an office or title. Owned power is power that cannot easily be taken away. The major sources of owned power are resources, skills, personal relationships, and knowledge.

For example, say Alex was hired by Janet the CEO to manage one of her company’s offices. Alex now has the power to assign work to employees at the office. Janet can fire Alex, and if she does, Alex can no longer assign work to the office’s employees. This means that Alex’s power to assign work was borrowed power. After Alex is fired, he might write an angry email to Janet and his other former colleagues. Janet cannot easily take away Alex’s power to write angry emails, so Alex’s ability to write angry emails is an example of owned power.

Whether or not power is owned or borrowed is relative to a competitive context. A person’s job may be owned relative to their coworkers, but borrowed relative to their boss. Additionally, borrowed vs. owned power is not a binary distinction but a spectrum, though in practice it can often be used in a binary way. A source of power is owned to the extent that it can be defended. For example, money in most contexts is best thought of as owned power, even though it can be stolen.

It’s better to have owned power rather than borrowed power, especially if you have ambitious long-term plans. As you execute such plans, there will be unexpected developments and new information that require significant adjustments. Because these changes cannot be foreseen, power that is less constrained in use is desirable. The degree to which power is unconstrained in its use is a good proxy for the degree to which power is owned.

Consider General Motors competing against other car companies. In this context, GM’s real estate assets are a source of owned power, because their competitors can’t take them away. However, this is no longer true if we consider GM in competition with a branch of the US government, e.g. the IRS. Although if GM had a large militia willing to defend the property, it might still be a source of owned power. So we see that when analyzing a player’s sources of borrowed and owned power, you must select a context of competition.

Certain types of owned power are particularly useful for acquiring borrowed power, first and foremost the skill of persuasion. Since acquiring borrowed power entails someone else giving you some of their power, being able to persuade them that this is a good idea is very useful. Another is knowledge about the system in which you hope to gain power. For example, knowing the interview questions you will be asked ahead of time makes it a lot easier to get offered the position for which you are interviewing. A specialized skill that enables you to do useful work is a further example of owned power that can be used to gain borrowed power. The physicists who worked on the Manhattan project were given the resources and latitude to develop the atom bomb on the basis of their expertise. Unpersuasive nerds get employed by top banks at high salaries to do quant trading on the basis of their mathematical abilities.

Since power is owned to the extent that it can be defended, when we talk about defending borrowed power, we are really talking about making borrowed power owned power. The primary way to do this is by exploiting information asymmetries. When power is lent, an information asymmetry always comes to exist between the lender and the borrower because the lender can’t have complete knowledge about the actions of the borrower, and this can be exploited by the borrower to acquire owned power.

Let’s say you get a job filing TPS reports in a cubicle at Initech Software Solutions. It turns out that you can do the TPS reports in less than a quarter of the time the company expects them to take, so you spend all of the extra time you suddenly have reading articles on Medium. The person that hired you would probably fire you, or give you extra work, or reduce your hours, if they knew that you were doing this, but if they don’t know and can’t find out — you’re really good at minimizing your browser whenever your supervisor appears — then they can’t do anything about it (this is the information asymmetry), so the position is more a source of owned than borrowed power. You’ve exploited an information asymmetry to acquire owned power, which you’ve then used to be paid for reading Medium articles.

As power borrowers are incentivized to maximize the information asymmetry between themselves and their lenders, borrowing and lending power is inherently adversarial. Power lenders are thus incentivized to spy on their borrowers to minimize information asymmetries. The ability of a system to lend power while still keeping ownership of it thus increases as the difficulty and cost of surveillance decreases. Likewise, the ability of a borrowed power system to accomplish the goals of its creator increases with the system’s ability to minimize the information asymmetries within the organization. For example, if Initech has a system that records its employees computer activity, you will be much less able to read articles instead of filing TPS reports, thus making the position afford more borrowed than owned power.

While exploiting information asymmetries is the primary method, there are other ways to defend borrowed power (though many of them will exploit a similar mechanism). One tactic is to make yourself less replaceable to the lender. If they want something done that only you can do, this gives you leverage over them. You can also do things, like building trust, that cause the lender to decrease their level of surveillance. There are many other strategies of this sort.

As we’ve discussed, borrowed power can be converted into owned power, but there are of course other ways to acquire owned power. Again, the major sources of owned power are resources, personal relationships, knowledge, and skills. Skills can be a tremendous source of power because they can allow one to gain nearly all other sources of power. For example, as I mentioned, persuasive skill is extremely useful for gaining, among other things, borrowed power. Many powerful people became powerful primarily on the basis of their persuasive ability.

Personal relationships are similar to persuasive ability in that they can be used to get people to do things for you. For example, say you are a young software engineer planning to start your own company, but you are working at a startup to gain more expertise. You develop strong personal relationships with your coworkers, and so when you decide to found your startup, you convince some of them to leave with you and use others to get introductions to funders. (This is an instance of converting borrowed power into owned power, because you have professional relationships with them due to your job.)

We can sometimes pursue knowledge on our own. It is possible to observe and contemplate our environment. Holding special information about your environment represents a notable advantage when navigating it. However we usually acquire knowledge from others. When we read the book of nature we stand on the shoulders of giants.

We learn from these giants. Sometimes we can talk to them about our study in person and at other times they speak to us through institutions and books. Classic works are interpreted and contextualized by others. We might for example rely on a historian’s understanding of Greece in the age of Aristotle to interpret Aristotle’s claims in the Politics. You might consult your thesis advisor on an unusual result in your experiments. As our understanding grows, more and more of our knowledge in an area becomes in-sourced, and we grow to where we can with good epistemic standing disagree with the intellectual authority that was an invaluable step in our development. To consider the position of the teacher from the other end, this authority is itself a source of owned power that comes with knowledge.

Skills can be considered operationalized knowledge, or at least closely linked to it. They represent the ability to carry through on the logistical steps for a course of action. It is possible to know something can be done and should be done, without knowing how to perform the steps that make this occur. It is possible to use knowledge that is not operationalized in a skill as a means to power. One possibility is trade with someone in an opposite configuration — they have operationalized knowledge, they have the steps, but they don’t know what exactly can be done or what needs to be done with them.

Resources are usually acquired because of skill, personal relationships, or information, and so one should aim first at these other sources of power as a means to them. There exists a virtuous cycle in acquiring skills that are leveraged into personal relationships that are leveraged into resources and information, and then the cycle repeats. If you miss some of these and focus on acquiring resources, you will sooner or later hit a ceiling you cannot pass. Contested resources need active defense. 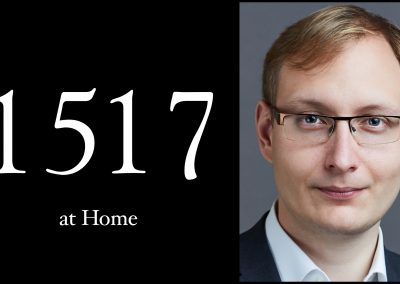 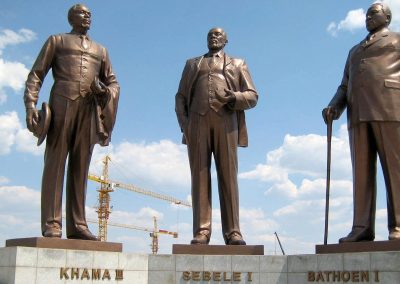